Join us as we explore the universe with the Universal Star League (USL) and other deep space adventurers. You’ll find tales here from both Debbie Mumford (for a general adult audience) and Deb Logan (for younger readers). We hope you enjoy the journey!

From the Universal Star League:

VOYAGES INTO THE BLACK

The vast reaches of interstellar space are a black and lonely void. The ships that venture into that void are filled with intrepid souls who understand that they are on their own. No one will rescue them because no one will be able to reach them in time. They must be bold, courageous, and resourceful enough to discover their own solutions. The officers and crew of the Universal Star League are just such individuals. These are their stories.

Buy VOYAGES INTO THE BLACK today! |

THE WARBIRDS OF ABSAROKA

Brenna Standing Bear has been given an impossible task by her dying grandfather: convince Absaroka’s Planetary Council to build a fleet to defend against the Bug-Eyes. The problem? The council believes the Bug-Eyes were defeated sixty-eight years ago. Why should they expend precious resources to defend against a non-existent threat?

Buy THE WARBIRDS OF ABSAROKA Now |

Warbird Pilot Caleb Leaping Trout is in trouble. He reported for duty with a staggering hangover. Unfortunately the expected readiness exercises turned into something much deadlier, and he wasn’t ready. Now, he must face the consequences in this moving sequel to The Warbirds of Absaroka.

INCIDENT ON THE ODYSSEY

The Odyssey is a research vessel tasked with exploring the universe for the Universal Star League. When horrific deaths begin occurring on her vessel, Captain Caren Fielding and her crew must discover the cause and come up with a defense. Will the scientists aboard the Odyssey be able to save the ship? The Odyssey is alone in deep space … nothing is certain.

Buy INCIDENT ON THE ODYSSEY Now |

Zara barely remembers what it is to be human. Captured by humanity’s alien enemy at the tender age of four and raised by Bug-Eye scientists as a research specimen, everything Zara knows has been filtered through her captors. Everything except the information on an electronic device (a remnant of her lost colony) that her keepers allowed her to play with in order to comfort the terrified child. But Zara is no longer a child, and she’s about to have her first encounter with another human. Will she recognize her own, or will she continue to do as her captors command?

Lt. Nick Adams has been tasked with discovering the mysterious Zara’s identity, as well as the location of her native colony. Zara, a Bug-Eye captive since early childhood, believes her homeworld to have been destroyed, but has no idea of its name or location in space. To a preschool child, it was simply “home.” Will Lt. Adams be able to ferret out the information and give Zara the gift of a name and identity? Recognized as the most able analyst the USL academy has ever trained, Nick knows that if he can’t accomplish the task, no one can.

Jim Verakov has grown to manhood on the Quantum Caravan. He knows all of the cargo ship’s secrets, as well as its desperate need for space-dock and long overdue repairs.

Callie Hartswift longs for revenge against the space pirates who murdered her family, took her captive, and destroyed her home, the Bluegrass Traveler. So when the pirates target yet another cargo ship, the Quantum Caravan, she knows she has to act.

Can Jim and Callie thwart the pirates when neither knows the other exists?

IN SEARCH OF A VALENTINIAN 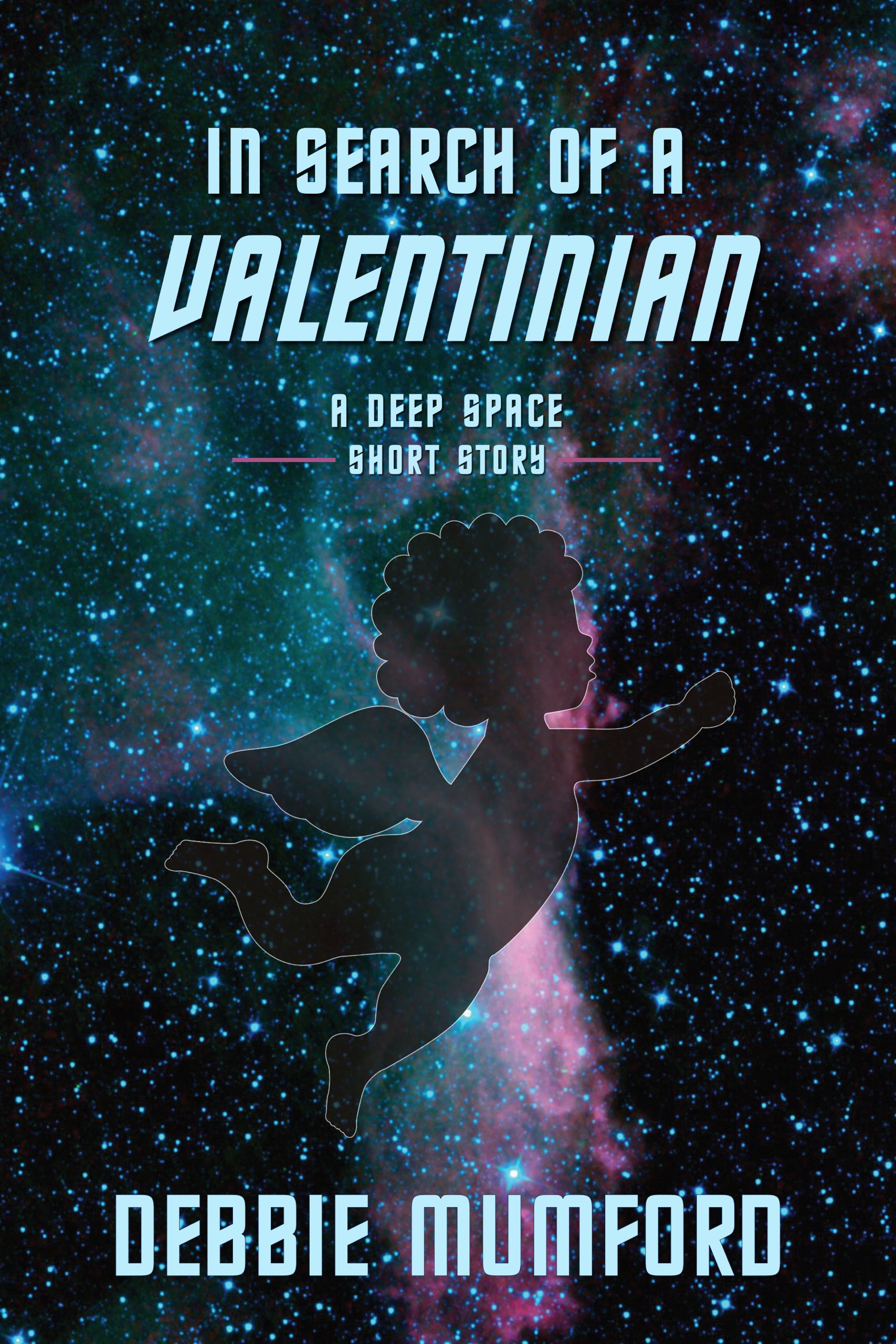 Who wouldn’t want to meet an alien who looks like a cherubic Cupid?

Rafe DaNaal is a master of galactic industry, but when he tries to establish trade relations with a race that bears a disturbing resemblance to Cupid, his understanding of reality is turned upside down! The only question on his mind is: Will he survive long enough to share his newfound knowledge?

Buy IN SEARCH OF A VALENTINIAN Now! |

THE CASE OF THE MISSING INARIAN

Growing up on a space station when your mom is the commander and your dad is head of security is the best … except when your best friend in the whole universe is moving back to his home planet and you might never see him again. But Cinnamon Chou is determined to be a professional detective, just like her dad, so when that best friend’s pet Inarian goes missing just before his family is scheduled to leave, Cinnamon is on the case!

Buy The Case of the Missing Inarian Now! |

THE CASE OF THE GLITTERING HOARD

Cinnamon Chou, Space Station Zeta’s favorite kid detective, is back with another adventure! This time she’s helping her father, SS Zeta’s head of security and top notch detective, investigate the theft of several small, glittering items from various shops in the market sector. Will Cinnamon and Dad be able to solve the case? You bet they will… and you won’t believe who the culprit turns out to be!

Buy THE CASE OF THE GLITTERING HOARD today! |

THE CASE OF THE RECREATIONAL THIEF

Cinnamon Chou, Space Station Zeta’s favorite kid detective, is back with another adventure, but this time, the circumstances are personal. Cinnamon and her best friend Sammy are fighting, and the cause of their troubles? Their pets! Shiny objects are disappearing from the recreational area, and Cinnamon’s pet dragon, Raphael, is the main suspect. Can she withstand the loss of Sammy’s friendship while proving Raphael’s innocence? Cinnamon can’t afford to lose both her best friends at the same time!

Buy THE CASE OF THE RECREATIONAL THIEF today! |

THE CASE OF THE VANISHING PUPPY

Cinnamon Chou, Space Station Zeta’s favorite kid detective, is back with another case, and this one is a real puzzler. Her best friend’s puppy has vanished! Right in the middle of the station’s recreation area. Can Cinnamon find Fred before her best friend Sammy dissolves in a puddle of anguished tears? Good thing the girls have friends who are willing to help, because this mystery is a deep one!

Buy THE CASE OF THE VANISHING PUPPY today! |