Debbie Mumford writes a mix of fantasy and paranormal tales…with the spice of romance.

A willful young sorceress calls forth an ancient amulet without considering the cost… and changes her world forever.

An unimaginable love. A new race of beings. Six shifter siblings seek their futures in a world that has never seen their like.

From glacial mountains to desert oases, these memorable shifters seek their fortunes among kings and queens, sheiks and peasants. Join them as they find their place in their world and discover the physical pleasures of bonding… whether as dragons or as humans.

Sorcha’s Children is a classic blend of epic fantasy and heart-felt romance told with with passion and attention to detail. Perfect for fans of The Dragonriders of Pern. 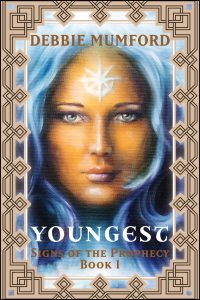 When Gwen Vaughan experiences a vision on her twenty-second birthday, she seeks its meaning by following the path imprinted in her mind. She needs to know what the vision means… and whether or not she’s going insane.

Dylan Kincaid has been protecting Gwen since before her birth… from afar and without her knowledge. He knows who and, more importantly, what she is, but can he impart the knowledge before the forces aligned against her destroy her?

Against all odds, Gwen must discover her destiny and accept the quest laid upon her before birth. Because she isn’t a normal human. She’s the youngest Old One, and incredibly powerful…

…if she can stay alive long enough to master her magic. 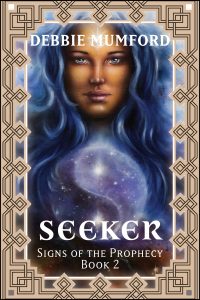 Gwen Vaughan is an Old One with a mission: search out all seven signs and combine them into a powerful new sigil to strengthen the Light. She’s found three, but can she discover the hiding places of the remaining four before her lethal enemy, the evil enchantress Lilith, can destroy her… and everyone she loves?

Gwen’s allies, human and Old One alike, are determined to help her succeed, but the Queen of Darkness is equally determined to make Gwen’s 23rd birthday her last. With the violence escalating, will Gwen find the strength to finish her quest?

When Zach Douglass’ best friend dies in his arms from a psychic trauma, he finds himself devastated and beyond his abilities. He must enlist help to solve the murder.

Jenny Murdoch repressed her potent psychic talent for years, believing the tiger that stalks her mind killed her parents. Unwilling to trust that tiger, she must face her own ability and accept her past.

Somehow, Zach, a psychic with minimal ability, must work with powerful but untrained Jenny to gain control of her vast powers and discover who murdered his friend. And maybe along the way Zach and Jenny can find each other.

A riveting paranormal romance. Impossible to put down.

Determined to save her people from the dragons who threaten them, Sorcha chooses a dangerous path.

A legendary relic, The Heart of Fire, could be their salvation. But no one believes it exists…or even if it did, that Sorcha should use it.

An ancient incantation. A heart-felt summoning. The headstrong young sorceress possesses an object of immense power. But can she master its magic before it destroys her?

The opening novella to an incredible saga, “Sorcha’s Heart” sets the stage for an epic fantasy of dragons, shifters, and heroic tales.

An unimaginable love between a human sorceress and a dragon lord has created a new race of beings. Neither wholly dragon nor fully human, Sorcha’s children shapeshift at will. The six fledglings have been raised as dragons, but the time has come to explore their human heritage. Aislinn and Taran are the first to leave the ice aerie for the world of men.

Aislinn discovers the lure of sexuality amidst the intrigues of King Leofric’s court, while Taran learns the source of his debilitating malady. Both siblings face danger and prejudice among their mother’s kin, but they discover love as well. Dragons mate for life, forcing the young shifters to make a complicated choice.

In this second volume of the Sorcha’s Children series, shifter siblings Brandubh and Morag take flight. Brandubh travels to King Leofric’s court to discover if his destiny lies in the human realm, but his visit is marred by the news that dragons have destroyed a human village. King Leofric charges the dragon-shifter with seeking out and subduing the renegades, but the stakes increase when Brandubh meets a fascinating female dragon … who considers humans vermin to be exterminated.

Meanwhile, Morag shows no interest in life among the humans, preferring to live life on the wing. But can she convince the male dragon of her choice that she is the bond mate he has been waiting for? Only time will tell if these dragons will succeed in mating flights.

An unimaginable love between a human sorceress and a dragon lord has created a new race of beings. Neither wholly dragon nor fully human, Sorcha’s children shapeshift at will. The six fledglings have been raised as dragons, but the time has come to explore their human heritage. In this third volume of the Sorcha’s Children series, Eibhlinn, the fifth of Sorcha’s six children, takes center stage.

Having enjoyed her time in Rossal’s court as companion to her sister Aislinn, Eibhlinn dreams of following in her sister’s footsteps. Aislinn, wife of Crown Prince Ewan and mother to the royal heir, loves the idea of keeping her shifter sister close, but Eibhlinn’s path is not as uncomplicated as either sister had hoped. Join Eibhlinn as she battles court intrigue and discovers her destiny … and her true heart’s desire.

The last of Sorcha’s six dragon-shifter offspring, Luag has always known his destiny. The self-assured and highly intelligent black dragon is heir to the Rex of the ice aerie, destined to lead his flight into the future.

But Luag is consumed by questions about the past. Why is his beloved ice aerie antithetical to magic? Why have there never been gold dragons clutched in his weyr? These haunting questions lead Luag on a quest that will change everything… especially his destiny!

Cat Logan, a young American with a recent degree in medieval literature, travels to Scotland to discover her roots. She finds more than she bargained for when a mysterious silver casket (rumored to hold the desiccated heart of a long dead Scottish laird) transports her back in time to the 1400s and the man whose heart she holds in her hands.

Time traveler Catriona Logan is now Laird Eideard’s wife and the lady of Lastalrig Castle. The happy couple is about to spend their first Christmas together, but as Cat soon discovers, Christmas isn’t Christmas in the Highlands of Scotland during the mid-1400s … it’s Yule!

A collection of romantic short stories chronicling the adventures of an amorous faery imprisoned in a pane of ancient Irish glass. The realm of Tuatha de Danaan may be free of Red’s magicks, but the humans who come in contact with his glass prison find themselves in extremely compromising situations.

Katie O’Malley needs to feel safe and welcomed somewhere in the world, but Evan Flynn’s pub—with its unusual inhabitants—is the last place she expects to find refuge.

LOVE IN A FLASH

A collection of romantic Flash fiction stories—complete tales told in less than a thousand words. Each of these seven jewels presents the exhilaration of budding romance. Experience the thrill of discovery with Love in a Flash!

Buy LOVE IN A FLASH Now |

Mark Whitehorse and his friends search for a safe haven where they can raise their families. When they stumble across a hidden valley, they believe their search is over. But the valley is already inhabited. Will the band of survivors find refuge…or something else entirely?

Archaeologist Erin Carstedter is a no-nonsense kind of gal. If something can’t be defined by scientific method, it doesn’t exist. Erin’s beliefs are about to be tested by a ruin beneath the polar ice cap. What Erin discovers in those icy depths will challenge her thinking…and change the world.

Buy BENEATH AND BEYOND Now |

THE TIE THAT BINDS

Twin brothers Cameron and Kyle McClellan have always shared a psychic bond. Though the adult men lead very different lives, when career military officer Kyle is wounded in Iraq, Cameron’s ability to decipher their unique link may mean the difference between his brother’s life or death.

Buy THE TIE THAT BINDS Now |